I had often seen bloggers rating other bloggers on the basis of metrics like page rank, Alexa rank and Moz rank. The thing about me is that I don’t believe in judgement on the basis of these metrics, but they have their own effects on traffic and earnings. Here we are going to cross evaluate google’s PageRank metrics and SeoMoz’s MOZRank. It’s 2014 and it’s time to bid goodbye to google page rank and to say hello to Mozrank.

There are many reasons why I believe Google PageRank is outdated metrics. Come let’s check out the differences and similarities between Google PageRank and Moz rank. Later in 2013, google itself confirmed that they are never going to update PageRank, so I think it’s the best time to say goodbye to PageRank. 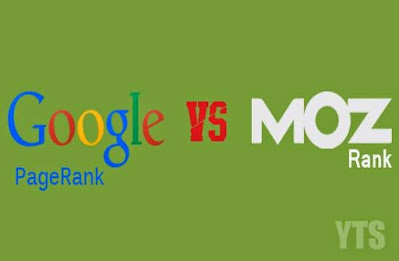 Google PageRank is nothing but an algorithm developed by Google to rank websites. Google Pagerank mainly depends on the number and quality of inbound links. It gives the relative reputation of your blog. Higher the PageRank means, higher the reputation. Pagerank is updated 2-3 times a year. Nowadays PageRank is considered as an indefinite way to rank blogs. Google itself has confirmed, that there will be no updates from now on. So I don’t think it is fair to judge a blog on the basis of PageRank. The main difference between the two is, PageRank is purely based on the quality of backlinks and Moz rank is based on the popularity of the blog. Come let’s now check out what a Moz rank is?

Mozrank is a metrics developed by SEOMoz to evaluate blogs. Mozrank is purely based on the reputation and popularity of the blog. There are several reasons why I think Mozrank has an added value over Google PageRank.

Reasons why Mozrank is a better metrics than Pagerank

There are several reasons to point why Moz rank is better than PageRank, let’s check it out.

Pagerank gives you an approximate value, while SeoMoz gives you much accurate value, for eg (MR: 3.64 and PR: 4 ). Look at the difference between the two values and judge which one is better.

Another important thing about Moz rank is that their ranking system is improving rapidly but in the case of PageRank google never cares for it.

These are some of the main reasons why I think Mozrank is better than PageRank. There are many other reasons too. Google webspam head Matt Cutts has confirmed that PageRank is still important, but bloggers mustn’t get obsessed with it. Since Google is not updating its toolbar frequently, their values are old and inaccurate.

Hope you all loved reading the article, if you have found this article interesting, please share it with your fellow bloggers. Subscribe to us and stay tuned for further updates, till then Goodbye 🙂